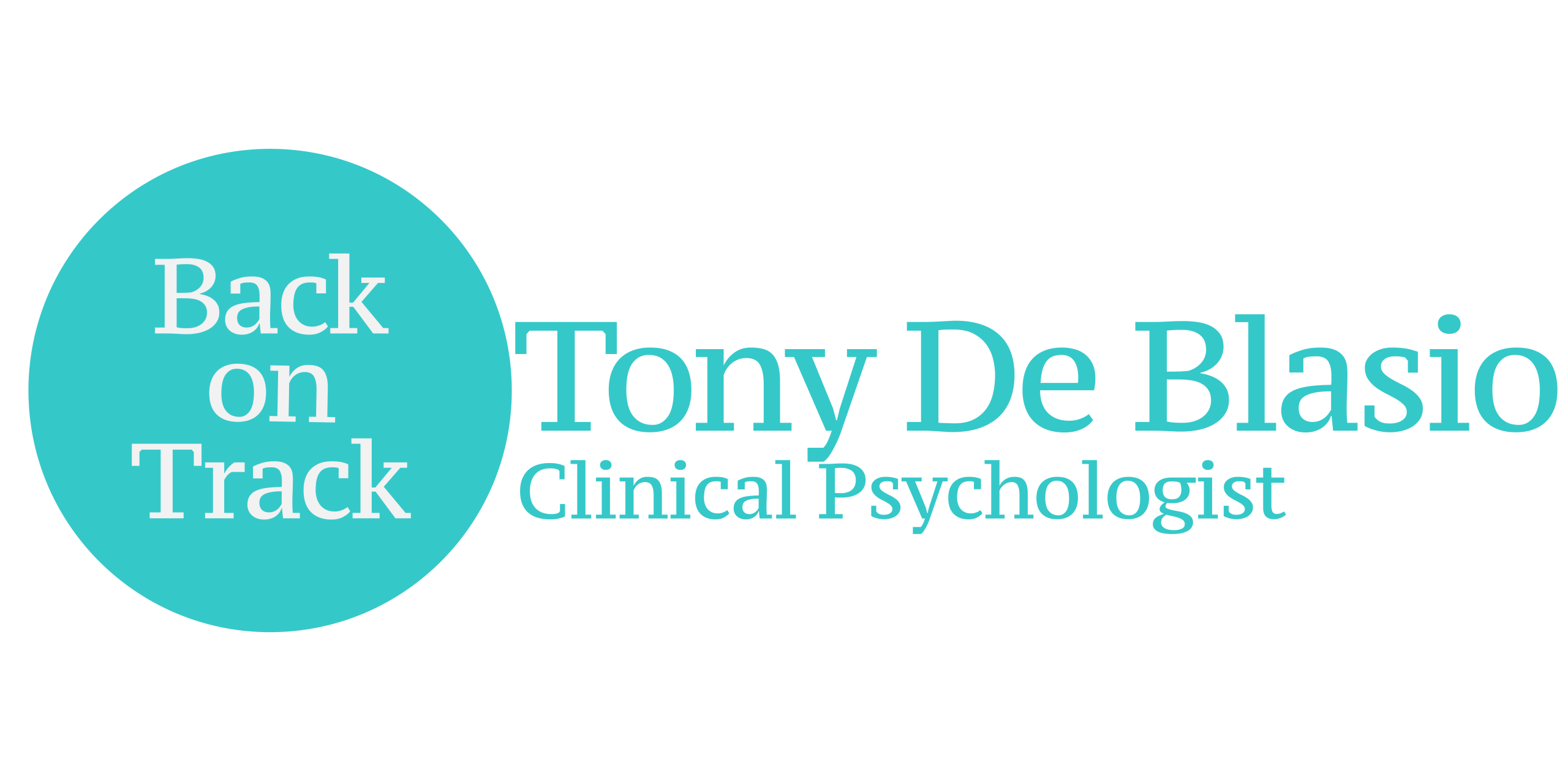 Back on Track Psychological Services is headed by Dr Tony De Blasio and specialises in assisting clients to overcome a broad range of psychological issues. These range from anxiety & depression through to phobias, work related stress, relationship issues and PTSD.

Tony attained a Masters Degree in Clinical Psychology in 1997 and a Graduate Diploma of Clinical Hypnosis in 2002.

He initially worked for a State Government community health centre in the northern suburbs of Adelaide, where he delivered individual and group counselling.

Following this, Tony worked for the Department of Veterans Affairs, offering psychological assessments and interventions to veterans (and families) who had served overseas in war zones and peacekeeping missions. During this period, he gained further qualification in Eye Movement Desensitisation and Reprocessing (EMDR), for the treatment of Post-traumatic Stress Disorder, Acute Stress Disorder and other conditions.

During this time, he also delivered after hours employee assistance programs (EAP) to a range of Government Departments including SAPOL and the SA Metropolitan Fire Service. He later provided an inpatients/outpatients service in the Oncology Department of the Royal Adelaide Hospital where he subsequently became Director of the Clinical Psychology Department.

In 2007, Tony moved into private practice with offices across Adelaide, and more recently moved to new premises in Broadview, 5083.